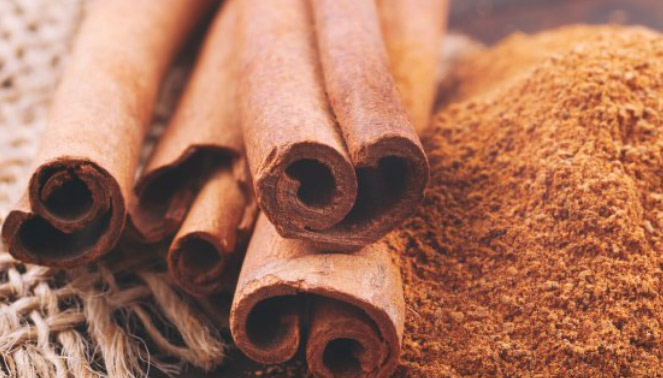 Cinnamon is packed with a variety of protective antioxidants that reduce free radical damage and slow the aging process. In fact, researchers have identified at least 41 different protective compounds found within cinnamon to date.

Cinnamon health benefits are attributed to its content of a few specific types of antioxidants, including polyphenols, phenolic acid and flavonoids. These compounds work to fight oxidative stress in the body and aid in the prevention of chronic disease.

The different antioxidants present in cinnamon help to neutralize harmful free radicals in the body and prevent oxidative stress. It can also help limit nitric oxide build-up in the blood and prevent fat peroxidation, both of which can increase the risk of brain disorders, cancer, heart disease and other chronic conditions.

The antioxidants in cinnamon can help relieve inflammation, which may help lower the risk of heart disease, cancer, cognitive decline and more. Researchers have identified many different types of flavonoids in cinnamon, all of which are highly effective at fighting dangerous inflammation levels throughout the body.

Because cinnamon lowers swelling and prevents inflammation, it can also be beneficial in pain management, with studies showing that cinnamon helps to reduce muscle soreness, decrease menstrual pain, lessen the severity of allergic reactions and help relieve other age-related symptoms of pain as well.

Studies show that one of the top cinnamon health benefits is its ability to improve heart health. In fact, cinnamon has been shown to reduce several of the most common risk factors for heart disease, including high cholesterol levels, high triglyceride levels and high blood pressure to keep your heart healthy and strong.

Cinnamon is well-known for its anti-diabetic effects, which is why it’s considered one of the best foods for diabetics. It can lower blood sugar levels and improve sensitivity to the hormone insulin, which helps transport sugar from the bloodstream to the tissues to keep blood sugar levels balanced.

Cinnamon for diabetes can help block the activity of several digestive enzymes to slow the absorption of sugar in the bloodstream after a high-carb meal. For this reason, many studies have shown that people with type 2 diabetes can experience significant positive effects on blood sugar markers by supplementing with cinnamon extract.

Because of its antioxidant abilities, cinnamon may protect against DNA damage, cell mutation and cancerous tumor growth. Studies have revealed that the health benefits of cinnamon come from a compound called cinnamaldehyde, which can inhibit tumor growth and protect DNA against damage while also killing off cancer cells.

There are many potential benefits of cinnamon when it comes to defending the body from illness. Cinnamon contains natural antimicrobial, antibiotic, antifungal and antiviral properties and its essential oils contain powerful immune-boosting compounds as well.

The potential cinnamon benefits for skin are rooted in its antibiotic and antimicrobial properties which can help protect skin from irritation, rashes, allergic reactions and infection. Applying cinnamon essential oil directly to the skin can be helpful in reducing inflammation, swelling, pain and redness.